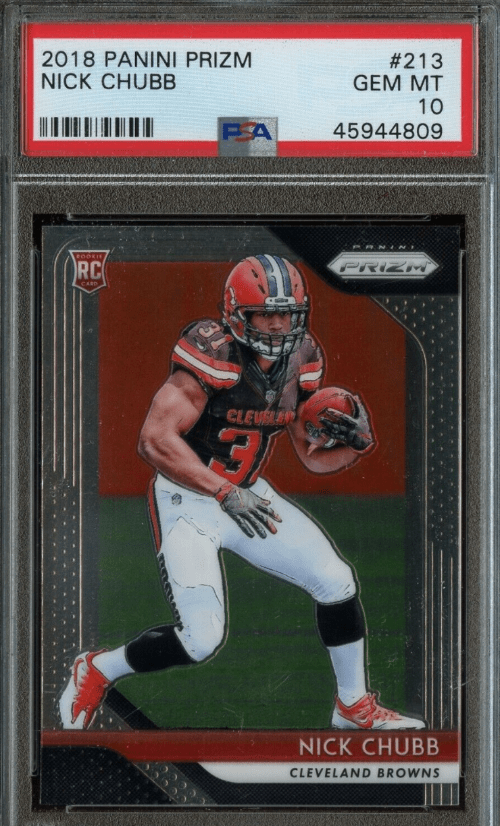 The Cleveland Browns drafted Nick Chubb with the 35th pick in the 2nd round of the 2018 NFL Draft. Although the million-dollar cards get most of the attention in the card investment world, people tend to forget that those cards were once new and the players on them were once unproven.

Before they were superstars and their cards were worth millions of dollars, players like Babe Ruth and Ty Cobb were kids playing a game they loved, and their cards came free with a pack of gum.

So instead of focusing on million-dollar cards and Hall of Famers, today we’re going to look at affordable investments with huge upsides.

All the Nick Chubb rookie cards on this list have sold for $20 or less in the past few months, but don’t expect that price to last for long.

Fun Read: 5 Baseball Cards That Are Worth A Small Fortune

In his college career at Georgia, Chubb put up a whopping 5,130 yards from scrimmage and 48 TDs in the SEC. You don’t put up numbers like that on SEC defenses without being the real deal. 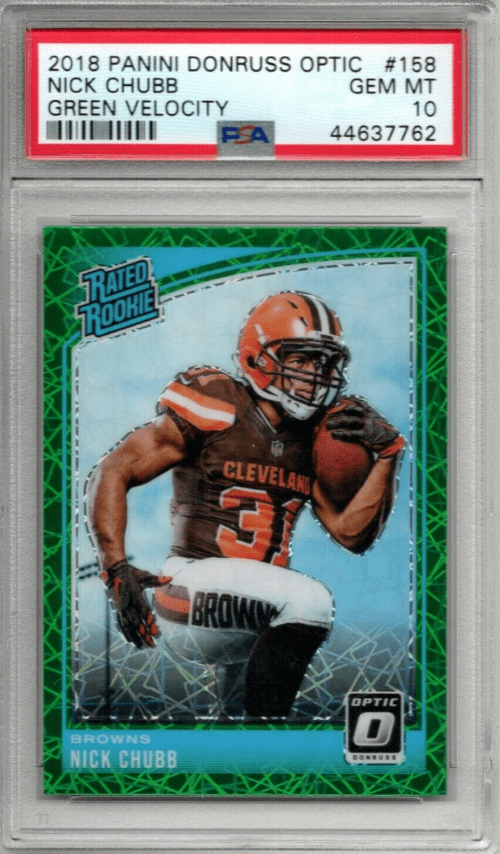 This is one of the most popular options for investment in Nick Chubb’s potential. This offering from Donruss is a classic take on the action-shot rookie card, and the smooth blue border reminiscent of 1990s card offerings is a great nod to the history of football cards.

A great Nick Chubb rookie card for moderate investors who think Chubb will have a BIG career.

Foiled cards turn good investments into great investments by adding wow factor and increasing rarity. This refractor from Panini is no exception.

The foiling perfectly matches Chubb’s pose as he’s about to pull a move displaying his elusiveness and power. This quality investment will also make a terrific display piece that catches the eye differently from every angle. 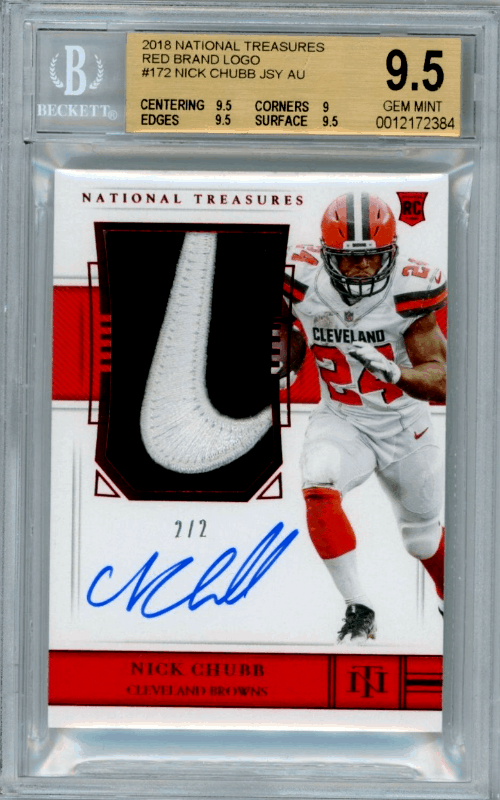 You will need a boatload of money to get your mitts on this bad boy if you hope Chubb makes the Pro-Bowl for the next few years. 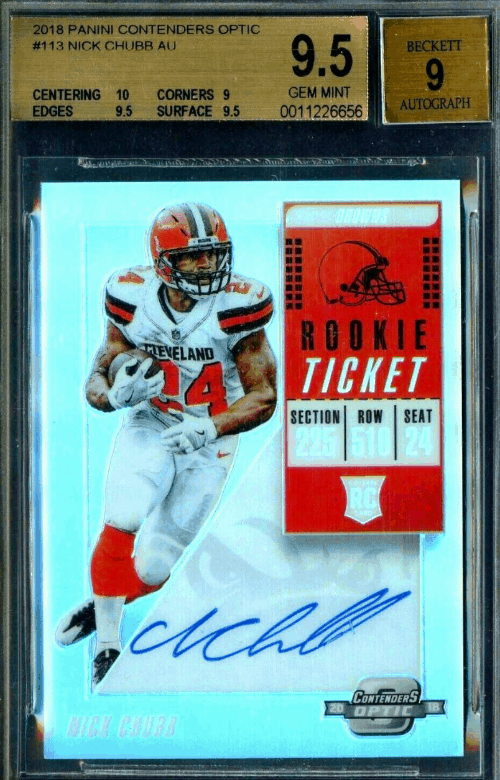 Panini Contenders rookie cards in football always perform well, and this card is our top pick for Chubb rookie cards.

When players get to the Pro Bowl, their rookie cards with autographs and jersey patches usually stop being affordable investments.

The triple threat of rookie cards, signature, and real jersey creates a connection to the player that becomes irresistible for fans and investors alike. Get this card before Nick Chubb’s career soars higher than Hue Jackson’s ego. 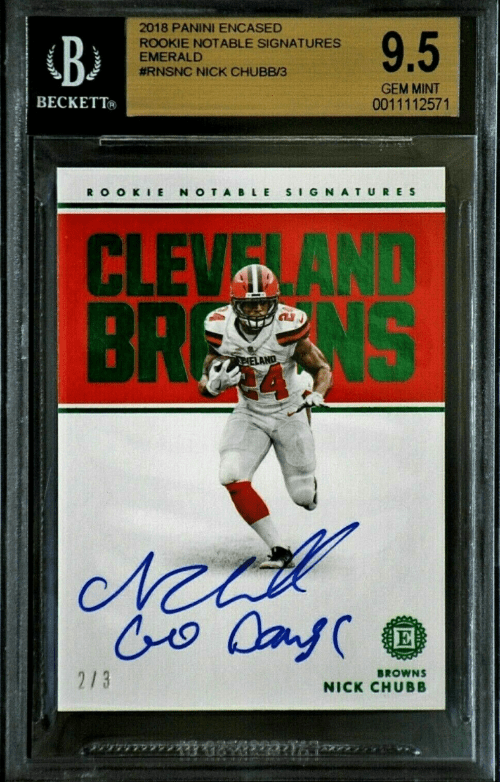 We are not buying Nick Chubb rookie cards at this time as the money can be spent better elsewhere on football rookie cards (see the best Justin Herbert rookie cards for a great investment option).