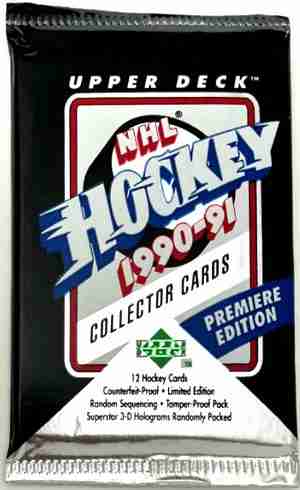 You are looking for a PSA 10 when getting these cards graded. Invest in a microscope and DO NOT send in cards that have bent corners or centering issues as this drastically hurts your ROI. BUT if you send in only PSA 10s you can make a very good ROI buying and selling cards from these packs.

Here are the 5 best hockey card packs to buy if you like money. 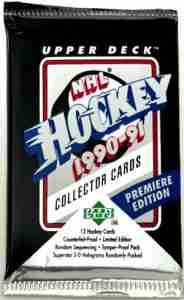 The 1990 Upper Deck Hockey card set is not only one of the best sets in hockey but could be the best in all of the sports as it’s LOADED with rookie cards and HoF Veterans such as Brett Hull, Mario Lemieux, and Wayne Gretzky.

Not only did it contain the best player to lace up skates but the rookies included the likes of Pavel Bure, Jaromir Jagr, Ed Belfour, Jeremy Roenick, and Sergei Federov. This set is a boss and is super underrated in the hobby. 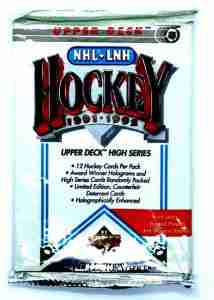 This set is loaded with big money cards much like the 1990 Upper Deck Hockey card set above. Teemu Selanne and Peter Forsberg are just two of the monster rookie cards you want to see when opening a pack of these bad boys.

One last thing about the 1990 and 1991 Upper Deck hockey card sets, they are built unlike any other cards at the time meaning that grade very well. When other sports cards might have a piece of gum inserted into the pack causing all sorts of problems Upper Deck said no gum and actually spent decent money on card quality. The odds of scoring a PSA 10 are around 10 times better than any other card at the time. 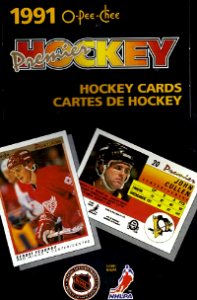 Last but not least on the list is the 1991 OPC Premier hockey card pack. These were a one-hit-wonder as they only stuck around for a couple of years which is a shame as these cards were beautiful and held up to all sorts of crap… PSA 10 grade was easy grading.