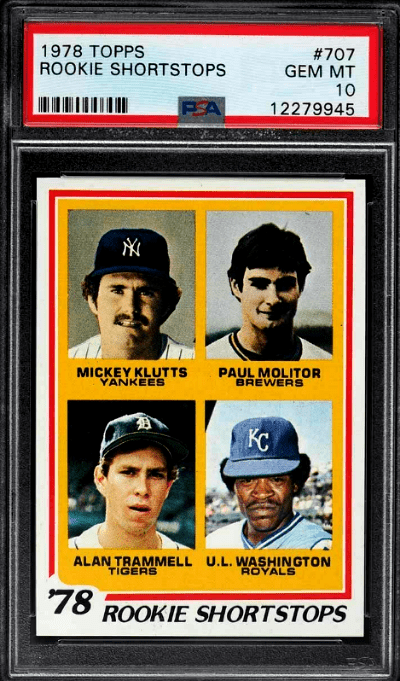 We’re taking a step back in time to look at some of the best cards from the 1978 Topps Baseball set.

It’s a collection packed with some of the greatest talents from the era, including a number of players who were unlucky to miss out on a place in the Hall of Fame.

Education: Where and When To Sell Your Baseball Cards

Here’s everything you could possibly need to know about 10 of the best cards from the set, as well as investment advice for the next few years.

The set contains cards from 20+ Hall of Fame players including three from Yankees slugger, Reggie Jackson. However, condition-related issues cause the majority of cards to be held back from achieving the highest grades.

We’ll start with an RC that has to be seen as the most valuable card from the set. Featuring Mickey Klutts, Paul Molitor, Alan Trammel, and U.L. Washington, the ‘78 Rookie Shortstops collection feature small images of each player on the front.

Popularly known as the Trammell/Molitor rookie card, it’s renowned for smudging on the front of the card in the area where it says “Rookie Shortstops.” It’s almost impossible to find gem mint versions, hence the exceptionally high asking price. 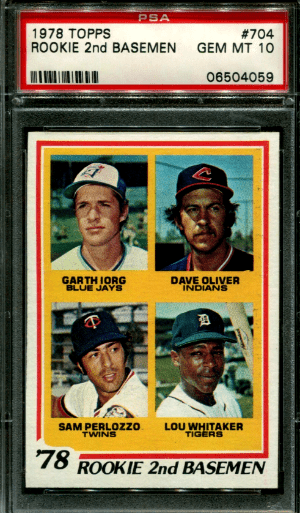 Another quad RC featuring four players, Garth Iorg, Dave Oliver, Sam Perlozzo, and Lou Whitaker are found on the Rookie 2nd Basemen card. It follows the same basic design, with small squares for each player, set across a red and white background.

I’m terms of value, it’s easier to find in good condition compared to the card seen above, so it makes for a more affordable investment price overall (Best Luka Doncic Cards Under $100). 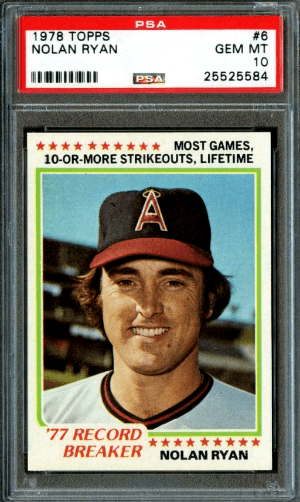 Nolan Ryan is always a popular pick, with a stellar 27-year MLB career in which he struck out 5,714 batters, a record which still ranks 1st for most all-time career strikeouts.

“Pro-Tip: Mostly avoid buy cards that are not graded with the hopes of receiving a top grade (i.e. PSA 10, BGS 9.5). We have been down the road dozens of times and mostly disappointment has followed.”

His card from the 1978 set is another decent pick, featuring an image of the player with both hands held aloft. “The Ryan Express” is always valued by collectors, given the longevity of his time at the top. Even PSA 9 copies of this card tend to outperform gem mint versions of lesser-known players. 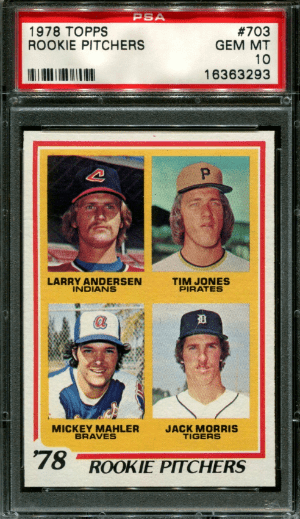 Jack Morris is joined by Larry Andersen, Tim Jones, and Mickey Mahler for a card that celebrates the best rookie pitchers from 1978. Morris is undeniably the star, amassing five All-Star appearances, five top-five finishes in Cy Young voting, and four World Series rings, and was inducted into the Hall of Fame by the Modern Era Committee in 2018.

Despite the HoF entry, his RC was one of the 66 to be double-printed in the set, leading to lower values. 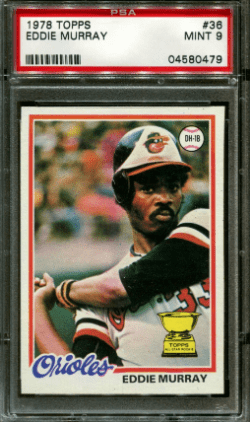 Hall of Famer Eddie Murray is another great pick from the set, being the only player to make their first appearance on a Topps card and also earn the All-Star Rookie Cup.

Print residue and centering are two of the most common flaws found with this rookie card, making it another difficult version to find at higher grades. Even PSA 9 versions will sell for a low four-figure sum. 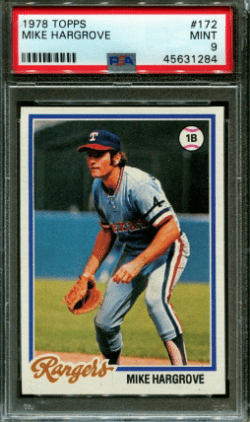 1974 Rookie of the Year Mike Hargrove is arguably best known for being a target during 10-Cent Beer Night. 1978 was his last year with the Rangers before moving to San Diego, and the card features the player at the ready with a glove in hand. This time, the card is given a blue-lined finish. 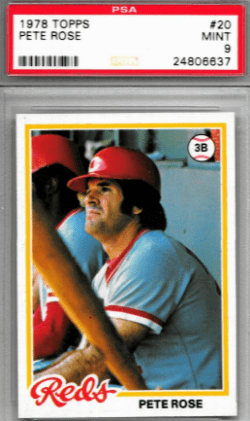 Rose is seen sitting on the bench in a more personal card, although there is a bat that slightly obscures the image. 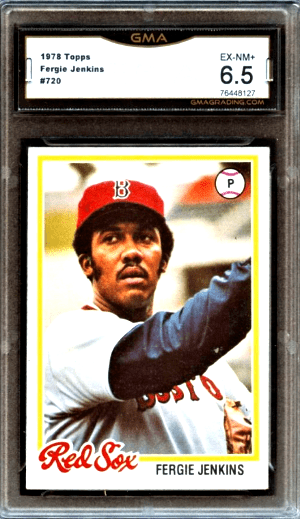 The first Canadian to be inducted into the National Baseball Hall of Fame in 1991, Fergie Jenkins is next up on the list. There’s a close-up image of the player, with one arm raised as he stares off-camera.

Gem mint copies are more affordable than you might expect, but there’s a significant drop-off when looking at PSA 9 grades and below. 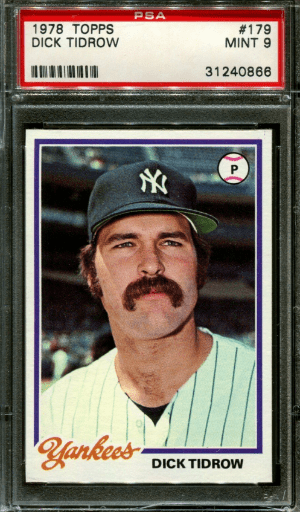 Dick Tidrow is a two-time World Series champion who recorded back-to-back wins with the New York Yankees. The first win came in 1977, with the second coming in ‘78. His card features a posed profile shot of the player, sporting a Yankees cap and a massive mustache.

A great collectible from the second year he won the World Series, only gem mint versions will be troublesome to find. 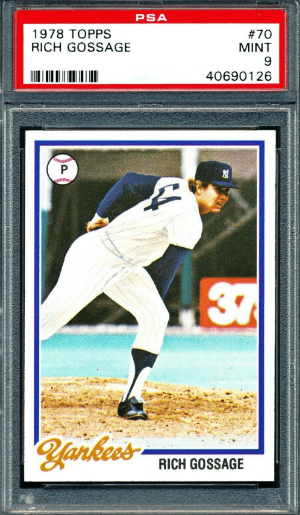 Rich Gossage is the final player to make the list. A nine-time All-Star and a World Series winner in ‘78, ‘Goose’ recorded the final out to clinch a division, league, or World Series title seven times. His card from the set has an action shot, featuring Gossage after a pitch.

“By this point, many gem mint copies of cards from the 1978 set are similarly priced, coming in just under the four figure range.” 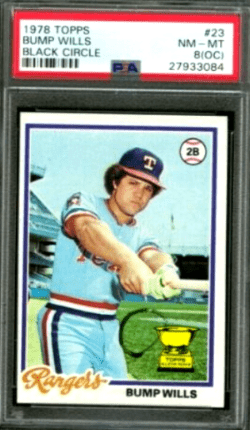 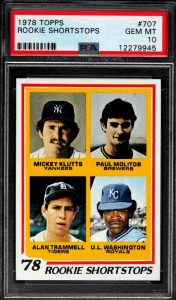 If you are looking for advice in regards to buying a 1978 Topps Baseball error card or rookie card please email advice@goldcardauctions.com.

The 1978 set has to be seen as a vintage collection. Over 40 years have passed since it was originally released, and condition-related issues have led to increased values in the present day. It’s helped by the fact that it’s one of the nicest looking sets from the era, packed to the brim with major stars.

Of course, it’s worth mentioning that there’s a major drop-off in values when it comes to anything under gem mint grades. This means that it’s relatively easy to build a complete set of 1978 Topps baseball cards, as long as you don’t mind sticking to slightly less impressive versions.

From an investment standpoint, any gem mint card from the set is fairly valuable and should retain its value over the next decade or so. It’s a viable long-term option, as evidenced by the higher prices seen for recent sales of PSA 10 grades.