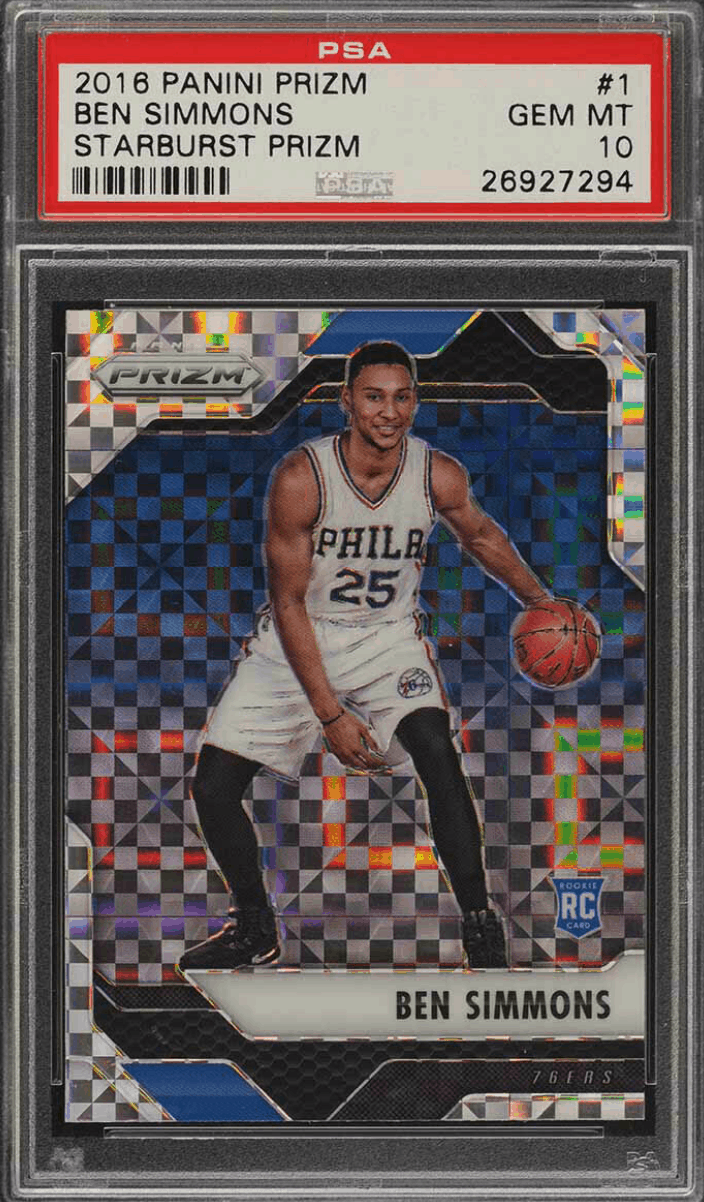 Mr. Simmons is straight out of Melbourne, Australia and attended LSU.

He was injured for the 2016 season but right out of the gate in 2017 it was evident that he was going to be a special player in the league as he averaged 15.8 points per game.

Here are the Ben Simmons rookie cards you will want to add to your sports cards investment portfolio. 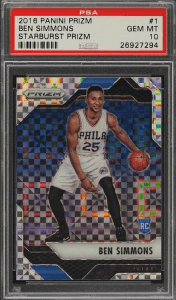 The Simmons Prizm based card is the best card for the value investor.

This card is still fairly cheap and will only go up if Simmons keeps playing the way he is.

If he can manage an NBA Championship Ring (which is very possible with Joel Embiid on his team) his Prizm cards will explode in value.

The card is numbered #1 and the back reads “The former LSU standout made the most of his lone season at LSU, averaging nearly 20 points per game ad 5 assist in 33 games. Those totals lifted Simmons to the overall spot in the 2016 NBA Draft and Philadelphia hopes to build around him for years to come“. 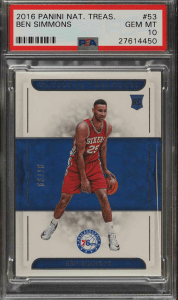 We love, LOVE this card.

The 2016 Ben Simmons National Treasures rookie card is a must for 76ers fans who have extra money to invest.

The card will cost in the 4 digits for higher grades (PSA 9 or 10, BGS 9.5) but is worth the money as we expect the 76ers to eventually win a Championship and NBA cards are the future of card investing.

Ben Simmons is shown dribbling the rock between his legs in this high-end rookie card and is numbered #53.

BUY this card on eBay auction. 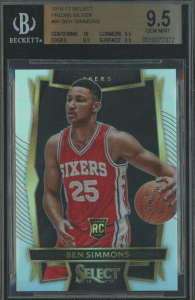 Here is another good Simmons rookie card for those with a smaller investment budget.

If you have questions about buying a Simmons rookie card on eBay and if it is a good investment please email us the link at info@goldcardauctions.com

We have no problem adding a few (or more) Ben Simmons rookie cards to your investment portfolio.

We feel he has a 50/50 chance at winning an MVP in the future and will definitely get a title at some point in his career (he is that good).