“If a decade ago you had put your money in vintage and modern trading cards instead of the stock market, your payoff would be more than twice as big.” 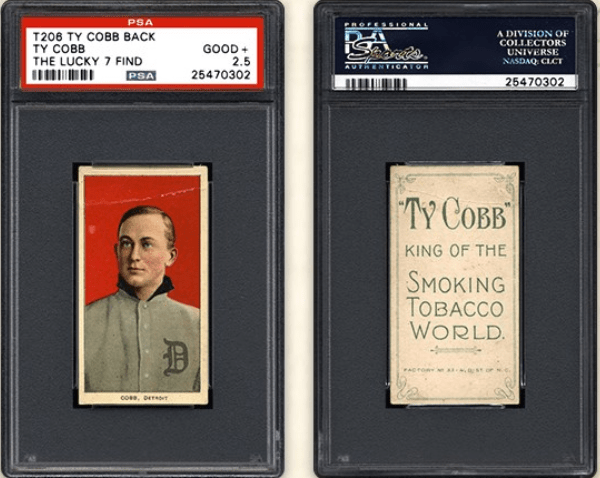 No, that’s not just an opinion. And, no, it’s not an exaggeration. It’s a mathematical fact reported by Forbes Magazine and the New York Times earlier this year comparing the S&P 500 to the index of the 500 most valuable sports trading cards. The traditional investment world is finally catching up to what sports card investors have known for years: sports trading cards are often better investments than stocks.

That means that if you put $100 in the stock market in 2007, 10 years later you would have $171. But, if you invested in sports trading cards, you would have $265. On average, card investors made more than 2.3 times as much money as stock investors over this period. Obviously, these are averages. Some cards did better and some did a bit worse. But, overall the numbers are clear: for the last decade, cards have been a better, more stable investment than the stock market.

For example, according to the New York Times, a 1933 Babe Ruth card increased in value by 305% and a 1954 Hank Aaron card jumped in value by an insane 829% over the past decade.

Why Are Cards Better Investments Than Stocks?

It’s clear from the numbers that trading cards have been a consistently better place to put your money than the stock market. So, let’s take a look at a few of the reasons why old cards have become the best new investments.

The first major benefit of cards relates to the famous advice of one of the world’s richest men, investor Warren Buffet. He likes to say that you should invest in what you know. Most people don’t know if Sony or Samsung will be the better company in 10 years and they can’t tell the difference between a Van Gough and a Monet, but they do know if Tom Brady or Derek Jeter will be in the Hall of Fame. Investing in what you know is critical to long term success. 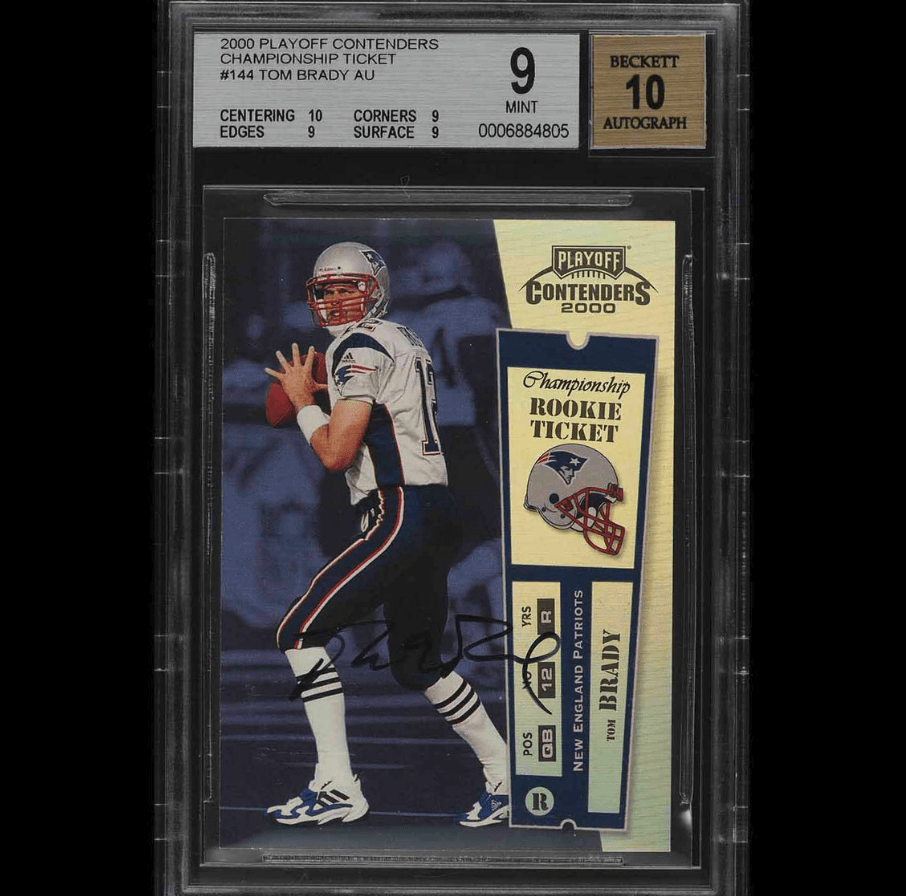 For many people, the answer is sports. They don’t realize that years of following leagues, players, stories, and games weren’t just fun. It was market research.

Obviously, no one can predict the future with total certainty to know which stock or card will make the best investment, but the more you know about a market area, the better your chances are of making a good investment.

The next advantage cards have over older investments is the emotional angle. Stocks are valued based on the performance of the company. No one will pay you more for the stock because they’re big fans of Dell computers. They’ll only pay you based on Dell’s actual value.

Plus, there’s prestige attached to owning certain rare cards. That’s not the case with stocks, which anyone can own.

If you get the CEO of Coca Cola to sign your stock certificate, the value doesn’t change. If you get Derek Jeter to sign his rookie card, you just made hundreds of dollars in 10 seconds.

The final advantage that cards have over traditional investments relates to scarcity. Companies can always release more stock, increasing the total amount available. But, there won’t ever be more original Babe Ruth rookie cards.

As time goes by, rare cards generally only get rarer as some copies are lost or damaged. This is a major advantage for card investors with long-term vision.

What You Should Know

By this point, it’s clear that the numbers and nature of the investments make cards a better place for your money than traditional stocks. But, there are three things you should know.

First, not all cards are a good investment. Some defensive lineman who played one season for the Browns before being cut out of the league is probably not going to be as good an investment as Peyton Manning.

The value of cards depends on many factors, including how good a player is/was, how long their career was, how many awards and honors they received, the records they broke, how popular they were, and the rarity and condition of the specific card you’re considering.

For optimal investments, you’ll want to look for cards in great condition, from limited sets, featuring current/future Hall of Famers, with some extra connection to the player like a signature or jersey patch. For example, a signed LeBron James card in mint condition is a better investment than a Sam Bowie card with a corner torn off.

The second major consideration before investing is to realize that extreme rarity isn’t a prerequisite for a good card investment.

Even somewhat common cards like the 1968 Topps Nolan Ryan are rare when you compare their demand to the available supply. Since there are 10,000 professionally graded Nolan Ryan rookie cards, it seems rather common. But, there are more than 10 million Americans connected to sports card investing and the brand of Nolan Ryan. From a supply and demand perspective, these cards are actually quite rare.

Finally, it’s important to understand that card investing isn’t a get rich quick scheme. You’re not going to buy a card and be a millionaire the next day. This, like all serious investments, is about making an educated buying decision and having the discipline to hold on to it while it realizes long-term gains.

The Time Is Now

In an uncertain economic climate, making sure you have diverse investments is more important than ever. Not only does this mean you shouldn’t have all of your eggs in one basket, like the stock market, but it also means that hybrid investments like trading cards are ideal. Not only are cards nostalgic and emotionally relevant, like fine art, but they’re also data-driven securities like stocks.

“The best time to plant a tree is 20 years ago; the second-best time is now.”

Maybe you want to jump in the deep end and buy into the high-end investments like Babe Ruth and Ty Cobb. Maybe you think Saquon Barkley or Ezekiel Elliot is the next all-time great and you want to buy in early into an affordable investment that will pay off in the future. Maybe you don’t even follow sports, but you recognize that the financial returns are too good to pass up.

Whatever your situation, it’s time to rethink trading cards as just a hobby and understand that a modern world requires modern investments, even when those investments are old cards. Don’t let another decade pass you by as cards you didn’t invest in explode in value while your stocks crawl along