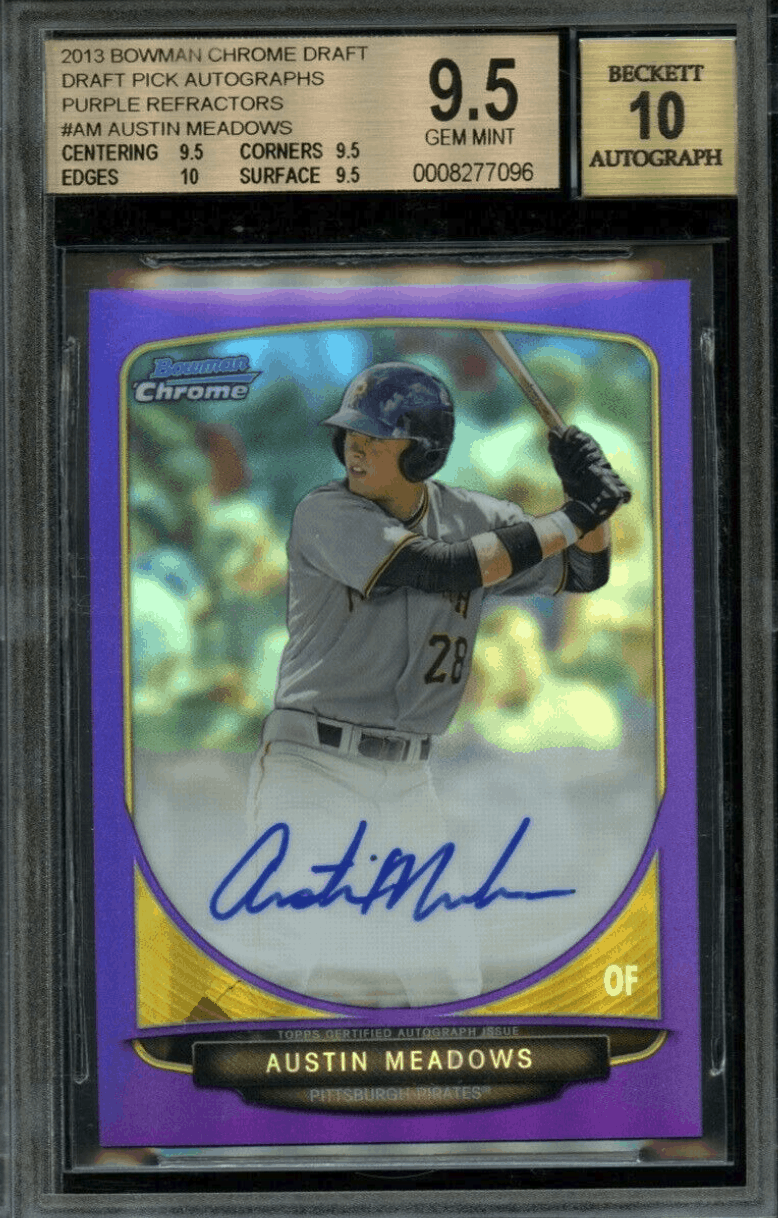 Austin Meadows was drafted by the Pittsburgh Pirates in the 1st round (9th overall) of the 2013 MLB June Amateur Draft.

He is now playing for the Tampa Bay Rays after being traded for Chris Archer along with Tyler Glasnow and Shane Baz.

Here are his top rookie cards from an investment standpoint. 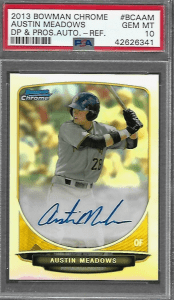 In addition to being in high demand, the Austin Meadows 2013 Bowman Chrome card is available in autograph and refractor formats.

By far his most popular card and will be worth a nice stash of cash should he become a superstar. 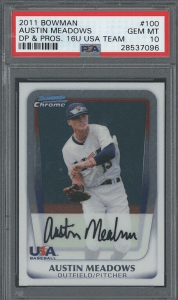 Another solid Austin Meadows rookie card. Not as in demand as the Bowman Chrome but two years earlier. 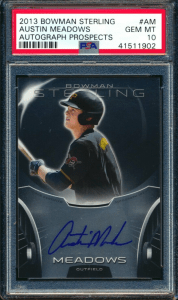 This is one cool looking card and comes with an Austin Meadows autograph as an added bonus.

Numbered simply #AM the card has an all back theme and shows Meadows admiring a home run?

A pretty good looking card but we do not own any of them at this time.

It will be interesting to see what Meadows will do to follow up on his 2019 break out.

Email us pictures of your Meadows rookie cards (back and front) to value@goldcardauctions.com to receive an estimated value.

Check out one of our best picks for this year: Vladimir Guerrero Jr. Rookie Card

Austin will have a make or break year coming into 2020. Will we see the player from laster year that killed the ball and looked like an All-Star or will receive the player from his first few years in the league?

We’re betting on a big year and have bought half of dozen of his Bowman Chrome cards to back up our prediction (fingers crossed).