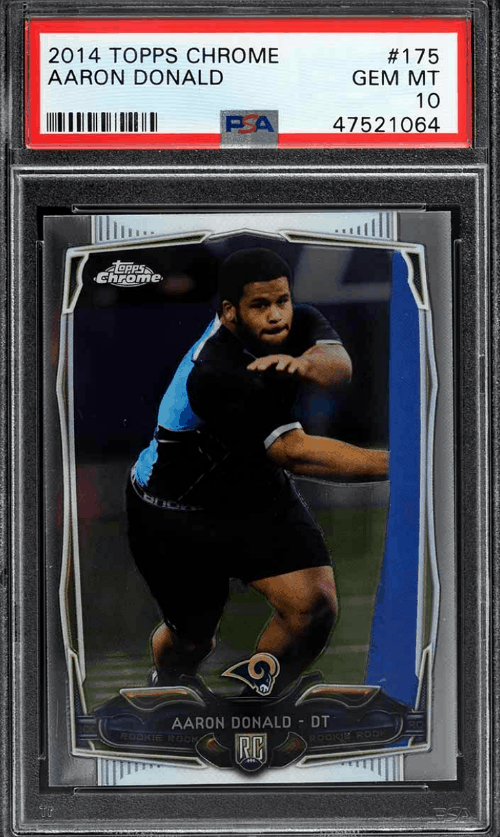 It was pretty obvious after Donald’s first season the Rams mailed their first-round draft pick in 2014 and he was going to be a good one.

In his second season, he had 11 sacks and was named an NFL All-Pro… he also had 44 tackles. Then in 2018 he had a mind-blowing 20.5 sacks and has become the best defensive player in the league.

Let’s take a look at the best Aaron Donald RCs for investment purposes.

The Aaron Donald Topps Chrome rookie card is a great option for the everyday collector looking to profit from the best defensive player in the NFL in terms of ROI.

Numbered #175 the card shows Donald at the NFL combines destroying a drill in record time. His name is placed at the bottom center along with his position (DT). The Topps Chrome logo is slabbed in the top left-hand corner. 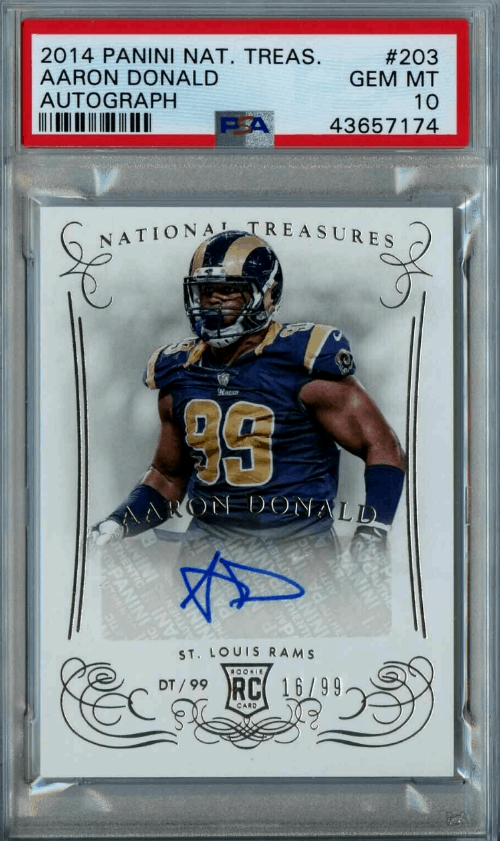 The Aaron Donald National Treasures rookie card is best for collectors who have some major cash on hand.

|Trending: 5 Rookie Cards That Could Double

Numbered #203 the card shows Donald in the dark blue Rams jersey and will cost close to 1k.

His name is plastered in the middle of the card while the team name (St. Louis Rams) is centered towards the bottom. The National Treasures wording is centered at the top. 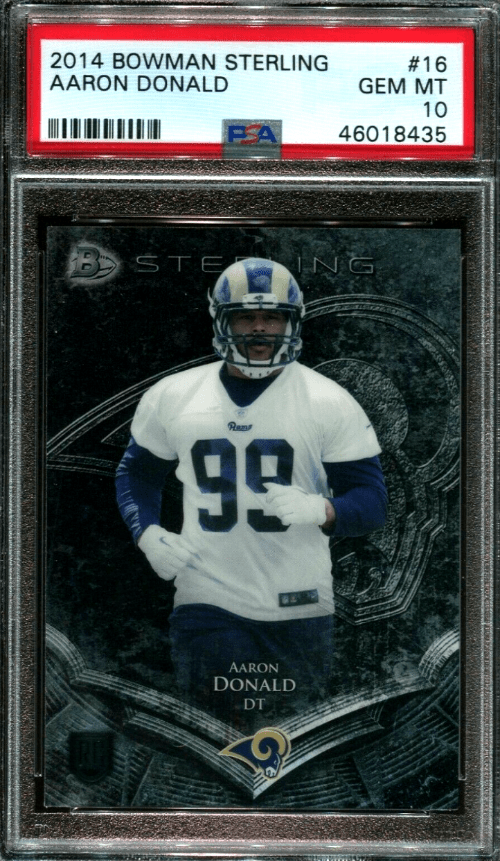 The final Donald rookie card on our list is the 2014 Bowman Sterling. This card is ideal for new collectors who are looking to spend a minimum amount as this card should be very affordable even at high grades.

Numbered #16 the card shows Donald going through a light practice with the Rams logo in a stone backdrop. 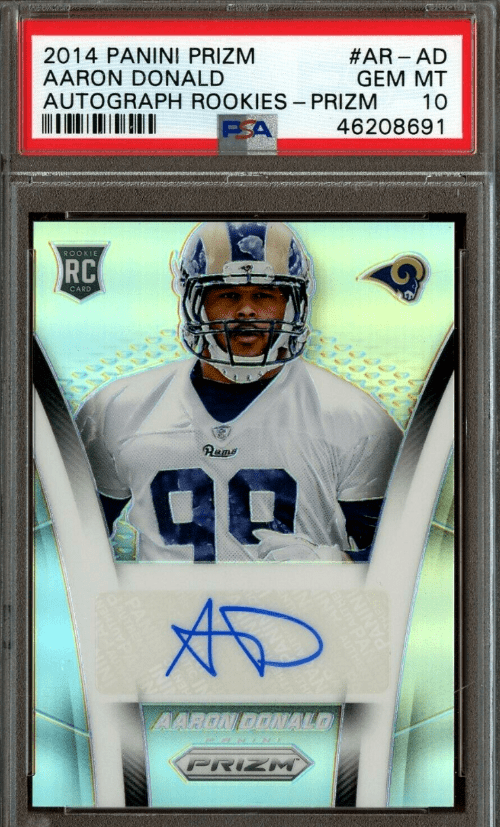 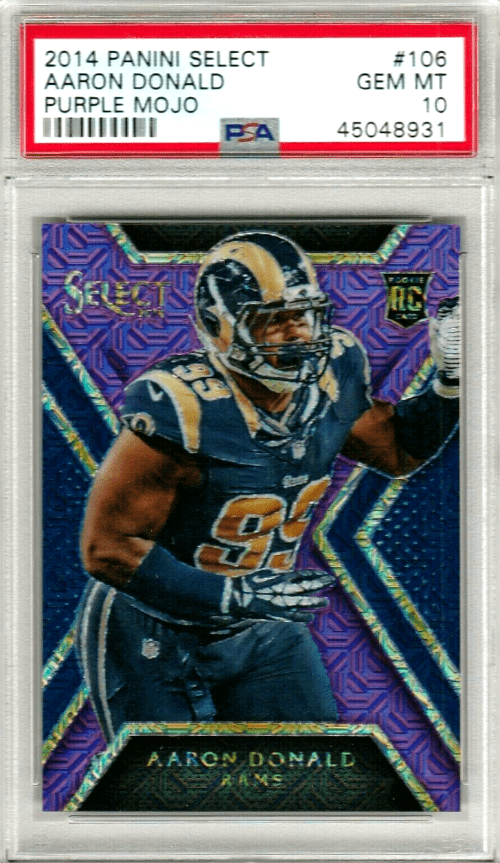 The value of Aaron Donald rookie cards should stay fairly consistent over the next few years with the only major moves coming with serious injuries or league champions (or awards).

|Must Read: Best Baseball Cards From 2019

If you are looking to purchase an Aaron Donald Football Card but need help please email us at advice@goldcardauctions.com and we will assist.

You can also DM us on the Gold Card Auctions Facebook Page.

Aaron Donald rookie cards should make for a decent investment over the next several years as he plays out his prime… if you already own a few holds on to them as we could easily see him winning a Superbowl before his career is over. 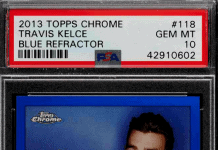