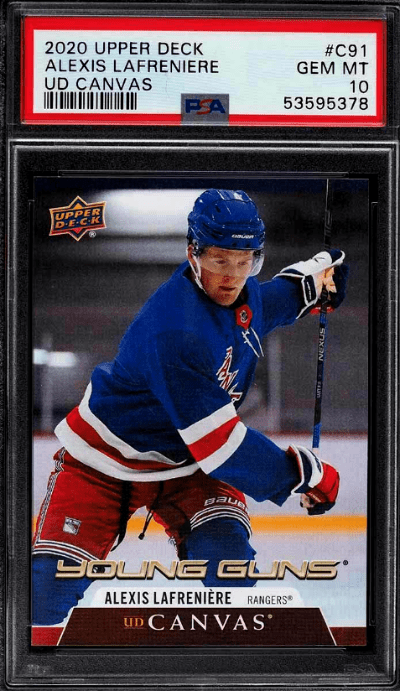 With the second round of highly-rated rookies, the 2020-21 Upper Deck Series 2 Hockey collection is set to be released on March 10th, 2021. Upper Deck Young Guns have been around since the ’90s and are the best of the best when it comes to hockey RCs.

As well as a full checklist for the cards numbered 451-500, we’re also going to be looking at five potential Calder Memorial Trophy winners this season.

Here are some of the top Young Guns cards to look out for in the upcoming UD Series 2 release. 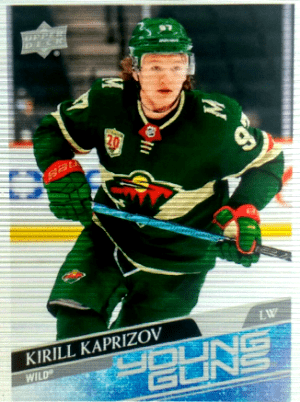 Kirill Kaprizov was seen as a decent player, but nothing special when he was picked up in the fifth round (135th overall) of the 2015 NHL Draft by the Wild. That has all changed as of 2021, as he has been a relatively steady source of offense during his rookie season.

His RC has to be one to watch, and he leads the Points by a Rookie table at the current time of writing. He’s a sure contender for the Calder Trophy this year.

Next up is Ty Smith of the Jersey Devils. He was another late draft pick, coming in 17th overall in 2018. Smith kick-started his NHL career with a five-game point streak this season, with five of his six points coming at even strength.

He’s the current second-favorite to win the Calder Trophy, with only Kaprizov ahead according to bookmakers. 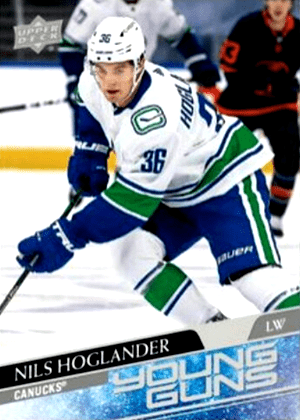 Nils Hoglander was a second-round pick (40th overall) in 2019 and scored in his debut for the Vancouver Canucks this season.

The winger has been a focal point of their attack in recent weeks, although he is often the smallest player on the ice. Hoglander has shown consistency for an inconsistent side and looks to be a real talent. 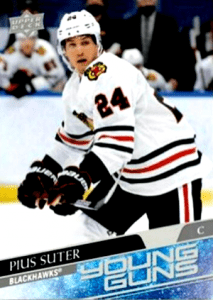 The highly-rated Pius Suter became the second player in the Blackhawks history to score each of his first three career NHL goals in the same game this season, a record which hasn’t been matched since Bill Kendall on Dec. 17, 1933.

He’s currently tied for second on the Points by a Rookie table, a single point behind Kaprizov. He also leads the goals by a Rookie chart at the current time of writing. 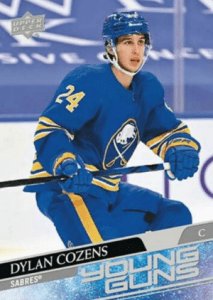 The last on our list of highly-rated rookies to get a 2020-21 Young Guns card, Dylan Cozens joined the Sabres as the No. 7 picks in the 2019 draft.

He was ranked as the top Canadian player by The Hockey News magazine at the time and went on to make his NHL debut in January 2021.